” It is an abandoned workshop sir , near the outskirts of this town” said Mulew with a queer sadness in his voice.

Mr. M flinched his eyebrows , he was always attentive and now he was interested.

“Yes sir , but no one wants to take it. I hear it’s half the price currently running in the market.”

” Why does no one take it?” asked Mr.M with a deadly eagerness that betrayed his voice.

“But sir aren’t you afraid?”

“Oh that! Don’t believe everything they tell. I spread the ghost rumours , it’s just business.”

Hi Trifectans!! I so love photo challenges , here’s mine! 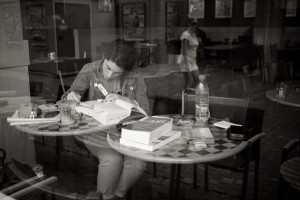 She glided past the window.

A lone woman in search of happiness.

A ghost , a gift of nature.

She merged in her book.

A woman on an eloquent quest.

Love , the basic need , the basic necessity for the sake of itself. The need merging it’s way into the mind held high by thought of being understood. The understanding so gallantly basic , yet necessary in a way inspiring a higher ideal. An ideal so high that it curbs understanding itself but is so plainly visible that it escapes people who want to be understood. The visibleness so hidden that spark is lost without knowing itself.

Love. Feelings reeling in. The feelings of people knowing how it felt like yet not knowing how it didn’t. Emotion lurking in the air like the smell of sweat on people , the sweat so damn necessary.

Love. The need for the body to be reciprocated with pleasure of being loved. The pleasure so openly admitted that it hides the very pleasure of feeling alive , of being felt.

Love. That intricated feeling in a tangibly different pleasure.

Love. The need to understand that it is enough to be loved.

“Mr.Blake have you made up your mind?” asked Arjun the local real estate consultant.

“Well , i need sometime.” answered Mr.Blake in a  manner that demanded silence and of course time.

She watched him fight his emotions , the need to see greater than the need to rest. He would turn towards her any moment now.

“Honey…” he turned towards her. His gaze pleaded for a direction , searching her peace to find his own.

” I Know you have worked hard Robert , i know you have saved money. I know it’s your dream to travel and see this world…But , look at this farm , look at the cottage, we could have a lovely life here.”

He still searched her.

She smiled. He just needed the right words.

“Well what good is beauty when you can’t enjoy it in one place.”

Blowing hopes to a distant dream

I look on , gratified.

I was sitting on a bench invisibly watching and bitten by hungry blood sucking mosquitoes.

I noticed the way she walked when she thought no one saw her, quaint ?

Sunday Photo Fiction is a weekly Flash Fiction prompt based on the photo supplied below. If you wish to take part, the idea is to write a piece of fiction of around 100-200 words . You can find the details here. 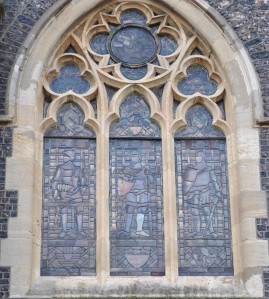 “The King’s Fallen , run for your lives ” echoed the streets of Greithen , the once fabled kingdom.

Ser Friest , Ser Davouse and Ser Witemintes looked at each other , they were the only Knights left alive. Bruised and blooded they knew they couldn’t fight for long and escape wasn’t an option.

It was futile to kill all these small soldier , they made death look like a play.

They were noble but unyielding. And they had decided to fight.

Three people against an army? Well they were Knights. They gave their back against each other and stood harder than the ground.

The Salt King as they called him , watched them fight. His best soldiers didn’t stand a chance against them. As it turned out nor did his Knights.

They fought till their strength faded. Ser Witemintes fell first. He had killed more than The king could keep count.

A day after both the Knights fell , the land was drowning in the blood they had spilled.

The King was too dumbstruck by their bravery…..

1500 years later there were the images of three unknown Knights on a stained Glass window in a town called Dover.

20- year young!! A creative thinker( a glimpse of philosophy and a touch of designing ) , an aspiring writer , passionate poet , budding programmer and on my way to be a serious blogger.

This work is licensed under a Creative Commons Attribution-NonCommercial-NoDerivs 3.0 Unported License.
THINKERSCAP
Create a free website or blog at WordPress.com.